----Show opened again with nice graphics with Cory Maclin/Jimmy Hart hosting. Same crowd and same crew of workers, so this was taped last Saturday morning. Show comes on to “Bad To The Bone” by George Thorogood.

----Clips were shown from last week of Rebecca Raze jumping Renee. Nate The Rat did an interview with Raze/Jethro. Raze stumbled over her words a bit, but not bad. Jethro comes off as a slow talking killer. LOL

----Tatt2 beat Humongous with Nate The Rat. There was nothing good about this match, but nothing horrible. Huey fell down doing one spot, which was funny. Tatt2 hit a flying press out of the turnbuckle out of nowhere for the win. Nate jumped in and then Grady Watson jumped in. Jethro came out and double choked Watson in the air and then dropped him.

----“Leave It To Lawler” segment was next. This was horrible. Renee and Barbara were out by the pool, when Lawler walked up with Aubry & golf clubs. Some tired jokes and a few minutes later it was over. Felt like a lifetime. The girls looked good. 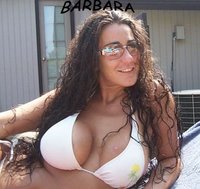 n with big breasts – do I need to say more?? Lawler kept asking “What in the briefcase??” referring to Nate’s briefcase that is promising the contents to the person that puts Lawler in the hospital.

----Lawler/Renee with Barbara vs Raze/Jethro was declared No Contest. I guess it was because they never did saying anything. Jethro used the fake forigen object on Lawler again. He got the heat and him, and then the strap came down. Jethro cut him off and then Renee ran and jumped Raze pulling her into the ring. Raze did a good bump going into the ring. Then, there was Barbara, Nate and Grady and it turned into a major clusterfuck. I hate Grady Watson!!! Horrible, but crowd actually cheered at the end for the babys.

----I can’t believe I am typing this, because I have been a mark of Lance Russell’s for so long. But, the Russell “Opening The Vault” segment was so bad. Russell acted like he was lost talking about Hulk Hogan. He even called him a “big peckerwood”. LOL He then showed a video that consisted of mostly Hart singing on “Thunder In Paradise”. I thought I had stepped into the “Twilight Zone”.

----Now with 40 minutes into the show, I am thinking “their shows have been good lately”---until this piece of crap…Crowd popped loud as the Southern Tag Team champions Kevin White/Brickhouse Brown came out and went around the ring. Southern TT Title Match: White/Brown beat “Family of Pain” [Mickey Ray/Sarge O’Riely] with “Hollywood” Jimmy Blaylock in a good match. Heat on White with Brown hot tag. Blaylock threw the cane into Sarge, but Brown got it and used it on him for the win. This was a good match, but could not save the show.
----“Too Kool 2” [Tim Grind/Flex] with new manager Bill Dundee interview. Dundee was trying to act hood. Grind said that the “Superstar” had been pimped. Funny stuff. Grind/Flex went to a DCO with Mr. America/Robert Gibson. Heat on America with Gibson hot tag. Dundee interfered and they went to the floor with Gibson hitting Dundee. Nothing bad about the match, but no finish.

----Hart/Maclin ended with another “PrimeTime” plug. LOL No matter how many times you say it Cory – 10:00 PM is not PRIMETIME!!! Show ended with “Another One Bites The Dust” by Queen.

FINAL NOTES: I have been bragging the last few weeks about this show being good, but this one was bad…That double choke that Jethro did to Watson should have taken him out…Renee was wearing something she must have bought at Victoria’s Secret. She looked very nice. Barbara is still my favorite though….Those white trunks that Lawler were wearing made him look 25 lbs bigger…At one point Maclin said, referring to Rebecca – “Is it Raze or Blaze??” Cory is clueless!!!...FOP looked good again on TV and White/Brown are so over…Blaylock’s cap looks silly with rest of his gimmick…America’s suit looks almost purple. Gibson/Chris Rocker, not America would make a good team…Please get some up to date music!! And, it does not have to be just rap either, but we all know that is all Maclin listening to so he can pick up some more urban slang.

----This report is also posted every week at www.wrestlingobserver.com and www.pwinsider.com.
Posted by Brian Tramel at 11:12 AM