The Golden Circle "Peanut Butter and Jelly" by Greg Anthony 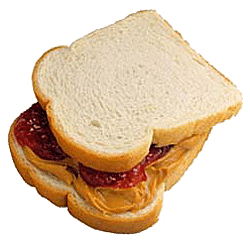 No, this isn't an article on how I, "The Golden Boy" Greg Anthony, make the greatest PB&J sandwiches. Instead an analogy pertaining to pro wrestling. Now bear with me on this one. I think it would be safe to say that Peanut Butter and Jelly is probably one the greatest combinations in the history of man. Perfectly complimenting each other so much that now it’s impossible to imagine one without the other. So let’s say that Pro Wrestling is Peanut Butter or Pro Wresting=Peanut Butter for you math geeks. What would be Jelly in this equation? Well the solution is simple, Music!

Can you imagine the last thirty years of pro wrestling without music? No glass breaking for a "Stone Cold" Steve Austin entrance, no unmistakable guitar riffs, no spine rattling drums. Great moments that no longer exist because there wasn't a soundtrack for that moment. Music is truly a universal language and has made its impact on every form of entertainment and pro wrestling is no different.

Now we all know that Michael Hayes is credited with being the first to use rock music in his entrances. From Lynyrd Skynyrd's "Freebird" to one of my all time favorites "Badstreet USA" ,where Mr.Hayes sang lead vocals, his impact on the business in this aspect is legendary. Now look how far we've come with music in pro wrestling. WWE alone has released 22 albums that have done very well commercially.

Now P.S. Hayes wasn't the first to come out to music in general and I don't know if anyone really knows who the first actually was. I remember my grandmother telling me that Gorgeous George use to come out to "Pomp and Circumstance" or the graduation theme as you may know it. Of course it will always be Macho Man's music to me. At the request of Vince McMahon Sr, Sgt. Slaughter used The Marine Corps' Hymn in the late 80s. Music has had as much of impact on wrestling as anything else.

In 2009, music and wrestling are a given. I've had to work shows were the sound equipment breaks or the guy who owns the speakers quit the company. Now to enter without music, it seems like something is missing not just to me but the fans as well. It’s like..... like eating a Peanut Butter and Jelly sandwich without the jelly, I promise and when "The Golden Boy" Greg Anthony makes a promise it’s as good as gold.

----Greg Anthony is a regular on the local area circuit. He won RRO Booker of the Year 2008 and is listed in the top 5 of the RRO Top 10 2008. Greg is currently working as booker of NEW and can be seen tagging with legend Bobby Eaton and Brian Thompson as “Midnight Gold”.
Posted by Brian Tramel at 5:49 AM