----I would like to give David Walls and the whole ASWF crew a big "thumbs up" for their induction of Bobby Eaton into the ASWF Hall of Fame.  Bobby had not idea what they were going to do and Thompson kept it from him.  First class idea from ASWF to a first class guy in Bobby Eaton.  Eaton is a member of the RRO Memphis Wrestling Hall of Fame and 2009 Tag Team and MVP Team winner. Also, as I noted a few weeks back, this group is drawing good again and is the top drawing promotion in the area week after week.


Two hundred and fifty fans packed the Valiant Arena in Tuckerman, AR for another action packed night of ASWF Wrestling. 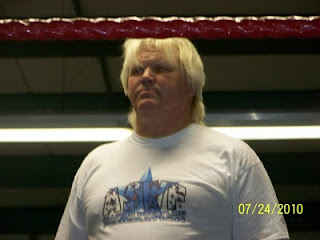 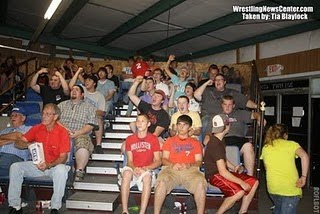