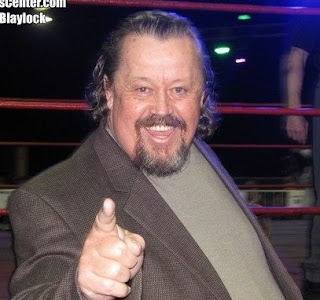 
TV Match 2008
----Garry use to sit in the crowd in Gibson, TN when I was doing the Coach BT gimmick.  This was before Kevin ever got in the business.  I use to love his feedback, because at the time we just thought he was a "smart" fan.  I wished there were more guys like Garry in the wrestling business.
----CLICK HERE  to voice your opinion on the RRO Top 50 and comments about Garry White.
Posted by Brian Tramel at 6:25 AM